Sometimes You Just Need to Hop on the Bus! 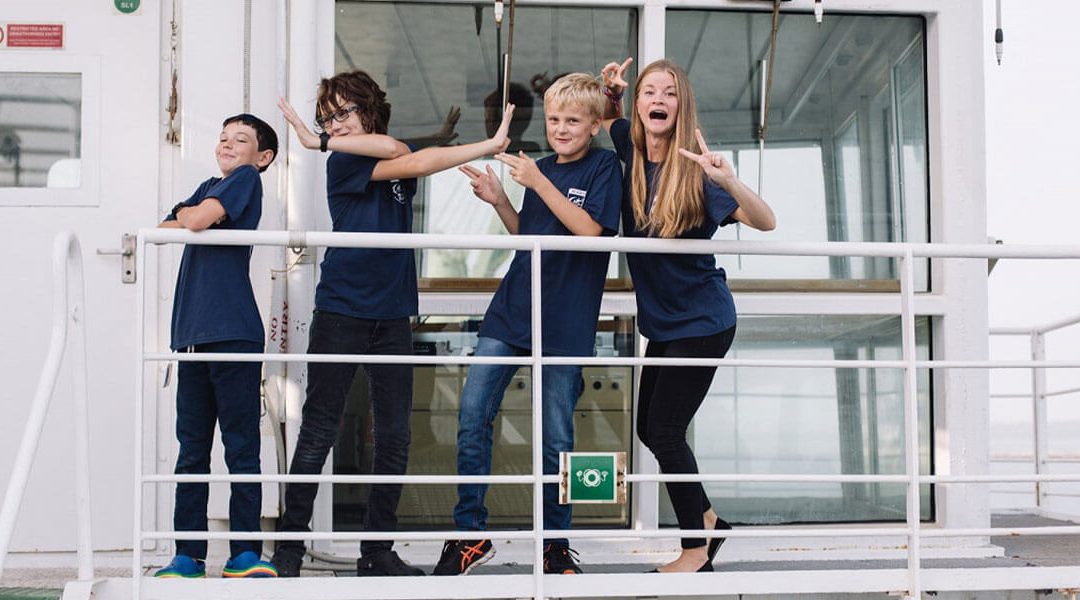 Being a part of Mercy Ships Academy is something that is so unique and special.  Your students become like family.  You see them every day and watch them grow and develop both in knowledge, and in their faith.

I served as a French teacher for the 2018-2019 school year aboard the Africa Mercy during their field service in Guinea.  I vividly remember our end of the year field trip with our Jr.  and Sr. High students.  We had tried to organize multiple events, but with the plans ever changing, and being that we were in Guinea, things were NOT going as we had hoped.

We finally settled on going to a park where we could hang out, play some games, and debrief the year.  One thing I’ve learned from my time on Mercy Ships is that both students and adults alike always seem to be in transition.  People coming, people going;  goodbyes and hellos are a regular part of ship life. This day at the park was an important way to reflect on the year, think about what God had done, and prepare for what was coming next.

We had an amazing day full of laughs, frog catching, ice cream, prayer, reflection and parkouring up some sketchy park equipment.  At the end of our day, it was time to head back to the ship.  The trouble was, we didn’t have Mercy Ship’s vehicles that day, and needed to take public transit.  Normally we would have taken a cab, but someone in our group noticed a local bus so before anyone could say no, we jumped on!

Crammed in that bus, we laughed and had a blast attempting to make our way back to the ship.  We got stuck in traffic, it was unbearably hot, and we weren’t sure if we would make it back to school before the bell rang – but we had the time of our lives!  I love this memory because it wasn’t what we expected to happen, but it was such a great adventure and turned out far better than we had originally planned.

This is a memory I cherish, not because it was anything special but because it reminds me of God.  I know that my decision to do Mercy Ships felt a bit like a “just hop on the bus” kind of a moment.  Isn’t it cool that this is sometimes how God works?  He doesn’t always give us all the details, but he might just give us a nudge to “hop on the bus.”  My experience serving in Mercy Ships Academy is hard to properly articulate in words because it’s something that has so profoundly changed me.  Yes, it was a lot of work.  No, it was not always a fun adventure.  But man am I ever glad that I said yes to “hopping on the bus” and joining Mercy Ships Academy!

Have you ever imagined teaching on board a floatin

The Mercy Ships Academy recognizes that there are

Serve as a family or teacher today. https://www.m

When you attend school on a hospital ship and your