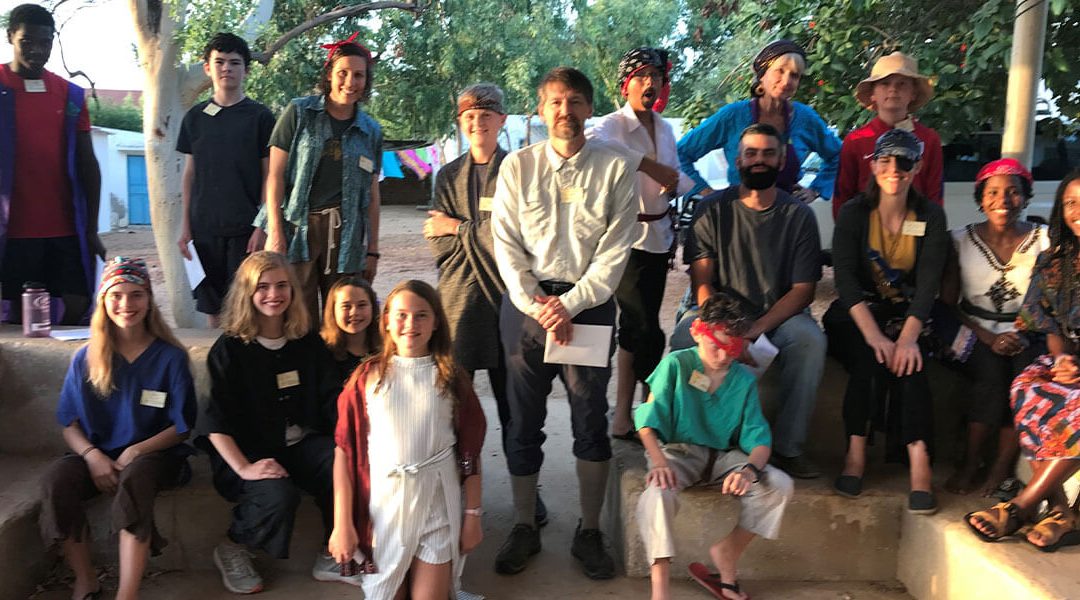 Going to school on a ship comes with many great experiences — you get to meet people from all around the world, and do things that not many other people get to do — like helping make drinks in a cafe for doctors and nurses on break, or counting pills for patients.

While I was going to the Academy onboard the Africa Mercy, the junior high and high school students went on a retreat. We went to a town called Saly, which was just outside of Dakar. We drove on dirt roads alongside goats and overflowing buses; sights that became normal to us as we lived in Dakar for the next 10 months.

We stayed on the beach and could hear the waves — something that was comfortingly familiar to me as I am from California and grew up going to the ocean. We played countless games and enjoyed a murder mystery where my sister ended up being the murderer! The night games were the best, and were my favorite.

We made lots of fun memories out of the littlest things such as washing mosquito nets, and cockroaches coming out of the shower drains (and hiding in my shoe, which I didn’t realize until I had put the shoe on!). We worshipped God, and talked about Jesus on the roof under the stars. We performed skits that we had quickly thrown together, but were fun nonetheless.

A highlight was a ropes course we did in the baobab trees. It was incredible to be high in the air and see the amazing baobab trees up close! Our guides were very nice and helped us when we accidentally tried to zipline on an area of the course that wasn’t actually a zip line!

On the first night, one of our teachers gave us a small message, and I will never forget what she talked about. She shared that if we are holding onto something that we think is best – like our plans for the future – we can’t fully embrace what God has for us. If our hands are full of our plans, we have no room for God’s plans. In order to fully grab on to what God has for us, we need to first let go of what we are holding onto, so that we can receive what is best for us.

When I first moved to the ship, I was nervous to go to a new school with people I didn’t know. I was sad from leaving home, and wasn’t sure about this new life. But as soon as I let go of that fear, I got to fully experience the amazing things that living in another country offered. This field trip was one of my favorite memories from the ship, and I am so thankful for that opportunity.

The first sail of the new school year happened tod

Showing up is important! #mercyshipsacademy #schoo

Join our team of heros on the Africa Mercy and the

The Mercy Ships Academy seeks to be people of exce

The Mercy Ships Academy seeks to be people of inte

The Mercy Ships Academy seeks to Love God in all t

The Mercy Ships Academy seeks to love and serve ot

Our students at the Mercy Ships Academy have some

What a wonderful bunch of teachers! The Africa Mer

Recently, our Kids-On-Boarding class had an aftern

Did you know that even though our school is locate

The Creative Arts program at the Mercy Ships Acade

We are excited about our new ship and new school.

Find out more about our schools on the Africa Merc