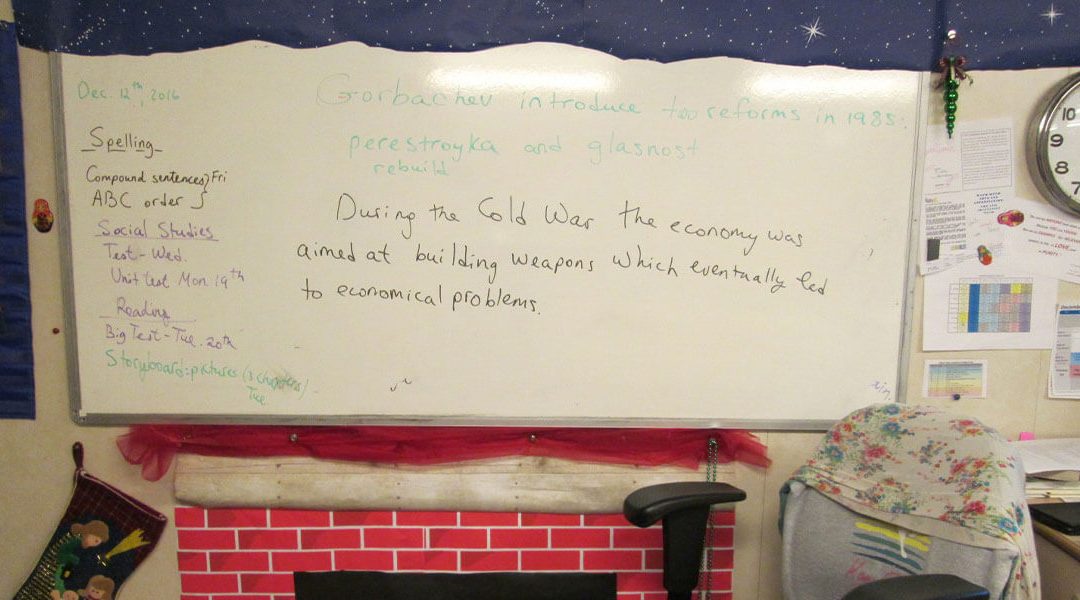 One year we had a new teacher in the fourth and fifth grade classroom. She didn’t bring any Christmas decorations with her when she came to the ship. (Not a big surprise, eh?) However, that didn’t stop her, even in a country with no shops for teacher arts.

She found some brick paper among the rolls of colored paper and set about making a fireplace on her side wall under her whiteboard. She glued black paper in place, and soon had created logs and fire. However, she wanted a mantle! Ah, there was bulletin board paper that looked like wood, which she promptly cut to create her mantle, and then dressed it in a bit of red netting she found in the school’s sewing supplies. A borrowed stocking, and it was all set. She could sit by her fireplace and read Christmas stories to her students and have them make paper stockings to hang from the mantle. The rug before it made a comfy spot for kids to sit while they had discussions or the enterprising teacher read to them.

But did you read the board?

In the unlikely event that one might forget her delightful room, we took a photo, enjoying how she’d framed her whiteboard with a starry sky, but not noticing that the topic was not Christmassy at all! The Cold War?! Tests?

Nonetheless, the kids loved the transformation to the room. They had fun creating their stockings. Perhaps the Social Studies theme impacted them, but results were hilarious. Each pursued his or her own theme with zeal. One took a page from Gorbachev and offered Santa a death sentence if he didn’t deliver. Another decided he liked the deception of the Cold War and wrote like a little child who could not sort his letters very well, but whom Santa should love to please. Another ignored those boys and wrote her delight in Jesus’ coming. Each of the five had a different take on how the stocking should look! 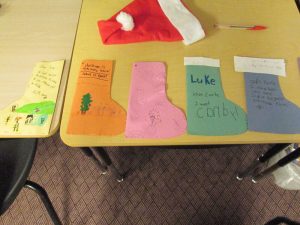 Did they ever make them to the mantle? There is no photo to tell it, but I know the stockings ended up with some special gifts inside, given by…?