Benin: Learning History and Getting Refreshed 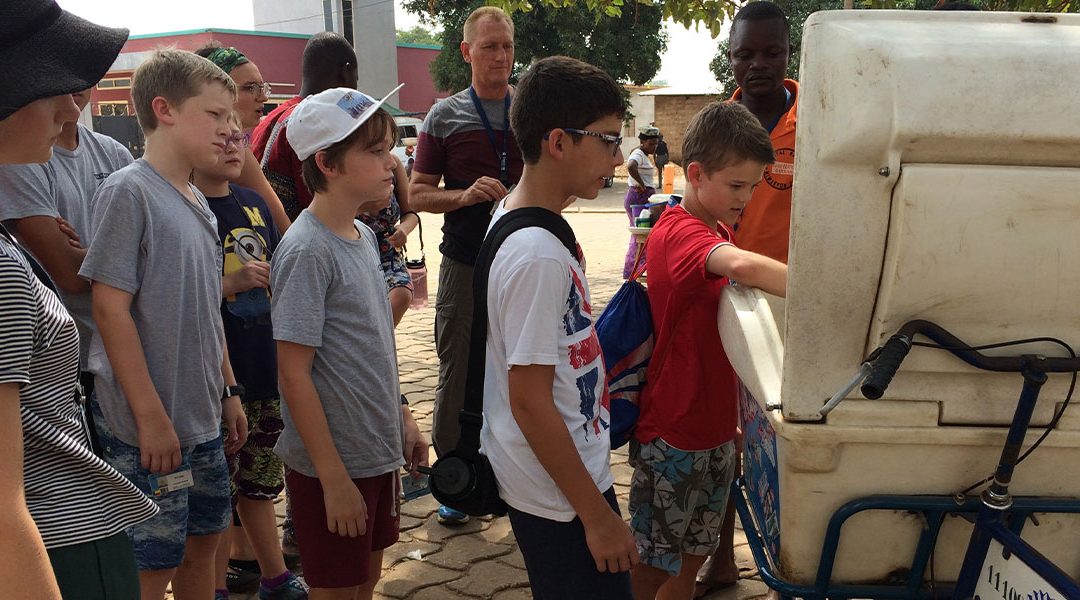 Many of the countries we work in have unique historical and cultural stories to tell. Benin was a port for the brutal slave trade, run largely by the Portuguese. On one field trip, we took the upper grades (6-12) to the Musee D’Histoire de Ouidah at the Forte de S. João Baptista de Ajuda. This was a well-armed fort, complete with canons and horrible places to chain up slaves and protect them from raiding competitors. It was built in 1721 and was still maintained by the Portuguese after the French claimed the territory.

Amidst aging canons were the holding grounds outside, and the fort itself, which now houses a museum. At first, it seemed that the shaded walled-in area was not a bad place to be held, but then the tour guide marched us down the pathway of doom, where we saw how slaves were brutally housed—shackled, beaten and starved—before the final walk around the tree where they said good-bye to their homeland, culture and personal identity to become an object of man’s greed. The beautiful flowers and sunshine that surrounded us belied the horror of what the slaves endured.

Afterward, the kids commented how amazing it was that any of the captured people had survived the harsh treatment and lack of food and water. Though our kids had water bottles with them, they themselves felt really spent. So, we treated them to Fan Ice, a frozen ice milk delight sold by bicycled cart drivers to locals and tourists alike.

Since we had time before they needed to return to the ship, we took them to a local pool where they got a lot of exercise and challenged each other to go off the high dive. They swam and made towers of kids that tried to knock each other down into the water. Their camaraderie restored them after their hot, sad historical experience.

This excursion helped students see different sides of Benin: the grim historical past, the role of colonialism, the local streetside delights, and the elite playground of expats and wealthy Beninois.

Join our teaching team on our new hospital ship, t